“Just Before The Bottom” 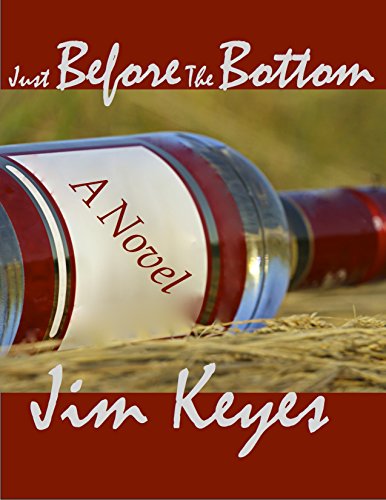 Charles is heading downhill fast. Unable to make friends or find a place for himself in school, he turns to the bottle. The adults in his life seem to be completely unaware of his problems, save for his aunt, herself a recovering addict. For Amazon Kindle Only

Reviews:
“What a rare find this is. A young adult book in which the story holds up for an adult read. Mr. Keyes has captured the angst of a teenage boy as he battles self-doubt, first love and coming to terms with his alcoholism. Charles from his opening self-talk comes off as trying to be one of the cool kids, but definitely an outsider in his hometown. To cope with craving being one of the cool cats of Tarrytown, he makes up for what he believes he’s lacking by quiet disdain for the town and the jocks, even though he desires being on the football team by drinking whatever is clear in his mother’s cabinet.
He uses alcohol to bolster his self-confidence, never realizing that by using it, he is in fact deflating any potential actually to be any good at his sport of choice. Luckily there are two women (his Aunt & his girlfriend) in his life that see the good deep within him and the potential artist in him. They refuse to give up on him as he tries to stay just above water (or alcohol) of wallowing in self-pity.
Mr. Keyes guides us expertly through Charles’s anguish of the mundane embarrassments of being a slight young man in a town that seems filled with overachieving jocks. We get to experience Charles’ first love and his suffering after she leaves. We also see a young man that doesn’t know how to embrace his given talent while being prone to alcohol-ridden sudden anger.”- CharLena Pearson-Fulcher